Henry Selick Wiki is a collaborative encyclopedia for everything related to Henry Selick that anyone can edit.

Contribute to This Wiki

To write a new article, just enter the article title in the box below. 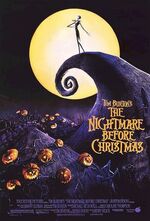 Tim Burton's The Nightmare Before Christmas is a 1993 film directed by Henry Selick, it's known as Henry's first directed film. Jack Skellington the Pumkin King is bored with Halloween and leaves his home town, after a long walk he finds himself in Christmas Town and so he decides to turn Halloween Town into the new Christmas Town.Read more... 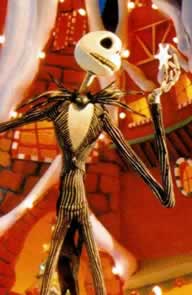 Jack Skellington is the main character in Henry Selick's 1993 film Tim Burton's The Nightmare Before Christmas.

Retrieved from "https://henryselick.fandom.com/wiki/Henry_Selick_Wiki?oldid=4635"
Community content is available under CC-BY-SA unless otherwise noted.